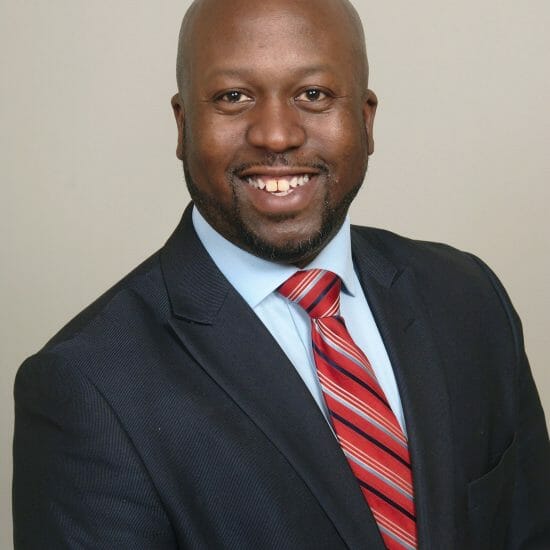 Torchio W. Feaster was born and raised in Flint/Genesee County Michigan. While attending Grand Blanc High School, Attorney Feaster played basketball and was president of the United Nationalities Initiating Thinking Equality (U.N.I.T.E.) student organization. After graduation, he began his undergraduate education at Southern University and A&M College. After a year of studying pre-law and political science at Southern University, he transferred to Eastern Michigan University where he could be closer to family and friends. At Eastern Michigan University, he thrived academically and was active in numerous student organizations such as Gang Green and in his residence hall advisory council. Mr. Feaster graduated in 2004 with a Bachelor of Science degree in political science and a minor in history.

Mr. Feaster accepted an academic scholarship to attend the University of Dayton School of Law where he was active in the community including working on the 2004 Presidential election protection campaign, serving as the president of the Black Law Student Association, and founding the Charles Hamilton Houston Civil/Human Rights Law Society, and the Leaders in the Community Law Society. After two years at the University of Dayton, he decided to return home to Michigan as a visiting law student at Wayne State University Law School in order to be closer to his ailing father. While at Wayne State University, T.W. Feaster worked as a legal extern in the Genesee County Prosecutor’s Office and in the Wayne State University Civil Rights Law Clinic in Detroit. He graduated from law school in 2007 and was admitted to the Michigan State Bar later that year.

After being admitted to the bar, he was employed as a judicial advisory assistant for the Honorable Judge Barkey of the Genesee County Probate Court. He left that job in 2008 to pursue his dream of opening his own solo law practice, T.W. Feaster Attorney at Law, PLLC in downtown Flint. His practice is focused on criminal defense, wills and trusts, guardianships, conservatorships, and selected family law including child custody, child support, and paternity.

Since returning to the Flint area, Attorney Feaster has been active in the legal and local community. He has served as president and treasurer of the Mallory VanDyne Scott Bar Association, Board member for the Urban League of Flint and executive committee member of the Genesee County Bar Association and the American Centennial Inns of Court. T.W. Feaster has also served as a trustee of Quinn Chapel African Methodist Episcopal Church, a big brother in the Big Brother & Big Sisters of Flint Lunch Buddy Program, teen jury judge for the Genesee County Community Action Resource Department, and coach of the Flint Northern, Northwestern and Davison High School Mock Trial teams. He is also a proud member of Alpha Phi Alpha Fraternity, Incorporated and has served as treasurer/vice president for the Flint National Pan Hellenic Council.

Outside of work, Attorney Feaster enjoys spending time with his wife and two daughters, playing basketball, watching sports and traveling.