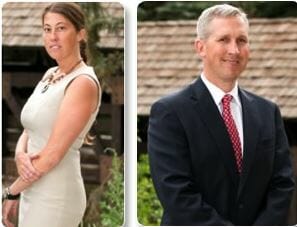 DRIVING UNDER THE INFLUENCE* (“DUI”)

If you have been charged with Driving Under the Influence, you have a limited amount of time to request a hearing with the Department of Motor Vehicles. If you miss this deadline, your license will be revoked. Refusal to take a test can mean an automatic one year revocation. The DMV hearing is an opportunity for your attorney to make legal and factual arguments about why the license should not be revoked. The arguments could focus on the stop, the testing by the officer, whether or not you were technically “driving” pursuant to Colorado law, etc. If the hearing officer finds the argument compelling, the license will be returned with no revocation. If the license is revoked and the revocation was arbitrary and capricious, we may pursue an appeal to the District Court.

Before a DUI/DWAI arrest, an officer may ask you to take a Portable Breath Test (PBT) or perform a field sobriety test. Unless you are under arrest, you are not obligated to comply with his or her request. The PBT test result is generally not admissible in court in Colorado. A second sample has likely been preserved in your case. If no second sample was retained and preserved, we may be able to exclude evidence. We may also consider getting the second sample tested by an independent laboratory. If the results come back drastically different than the original test, it could show a flaw in the testing procedure used by the police.

Most of the roadside sobriety tests that are used involve “divided attention.” These tests were allegedly designed to indicate whether or not a person is affected by the consumption of alcohol and they require the subject to concentrate on two or more things at once. Whether you pass or fail is determined by the subjective observations of the testing officer. There may be alternative explanations for each symptom that the officer records. Certain medical conditions can affect the tests. In addition, sometimes the testing officer fails to administer the tests properly.

If you took a blood test, a second sample has likely been preserved in your case. If no second sample was retained and preserved, we may be able to exclude evidence. We may also consider getting the second sample tested by an independent laboratory. If the results come back drastically different than the original test, it could how a flaw in the testing procedure used by the police.

Colorado’s “express consent” law provides that anyone who drives a motor vehicle anywhere in Colorado “consents” to the various provisions of the statute. The basic provision is that the driver will cooperate in, and complete, the testing of the person’s breath or blood for alcohol, whenever the same is requested by an officer having probable cause to believe that the person was driving in violation of the DUI/DWAI statute. If your B.A.C. was in excess of .05 but less than .08, this gives rise to an inference that your ability to operate the vehicle was impaired (ie: DWAI). If your B.A.C. was .08 or more, this gives rise to an inference that you were under the influence of alcohol (ie: DUI). If your blood contained five nanograms or more of delta 9-tetrahydrocannabinol (THC) per milliliter in whole blood, as shown by analysis of your blood, such fact gives rise to a permissible inference that you were under the influence of one or more drugs. The procedures and testing equipment for determining a driver’s B.A.C. are not perfectly accurate. The machines used in the test commit errors. The officers giving the test make mistakes in following the test procedure. Foreign substances in the mouth can throw off the results.,/p>

The penalties for DUI offenses have increased dramatically in recent years. Even first-time offenders may face mandatory jail time if their B.A.C. is high enough. Second or subsequent convictions can lead to significant jail sentences. The penalties for DWAI offenses can be serious and have a drastic impact on your life. You may be required to pay large fines/costs and attend alcohol treatment programs which can be expensive. If you have a prior offense, you can face mandatory jail time.

Beginning January 1, 2009 the base penalty for first time violators of section 42-4-1301(1)(a) [DUI] or (2)(a) [DUI PER SE] C.R.S. is increased to 9 months of no driving with probationary driving privileges conditioned on installation of an interlock device. First time offenders may be eligible for a “restricted license” after one month of no driving; but, only if an interlock device is installed in each vehicle they own. An interlock punishes any consumption alcohol by temporarily killing your ignition system. The cost of an interlock is between $60 and $80 per month plus a one time installation fee. Each vehicle registered to the driver subject to this punishment must have an interlock device installed. Second time offenders will still be liable for a minimum one year revocation with no probationary driving privilege possible. Persons appearing before the DMV for a third or subsequent offense will face two years of no driving imposed by the DMV hearing officer with interlock privileges possible after one year. All drivers who test over 0.15d BAC are still required to install and drive with an interlock device on their vehicles for at least two years after any other license restraint period.

“Baby DUI” is a term commonly used for underage drivers with a limited BAC. It means driving a vehicle when blood or breath alcohol concentration is at least .02 but not more than .05 grams of alcohol per 100 ml of blood or 210 liters of breath; tested within 2 hours from time of driving. CRS 42-4-1301(2)(d)(I) “Baby DUI” is a class A traffic infraction with adverse license consequences.

“DUI and DUI per se is a misdemeanor, but it is a class 4 felony if the violation occurred after three or more prior convictions, arising out of separate and distinct criminal episodes, for DUI, DUI per se, or DWAI; vehicular homicide, as described in section 18-3-106(1)(b), C.R.S.; vehicular assault, as described in section 18-3-205(1)(b), C.R.S.; or any combination thereof. If the court sentences the defendant to the department of corrections for a felony DUI, DUI per se, or DWAI offense, it must determine that incarceration is the most suitable option given the facts and circumstances of the case, including the defendant’s willingness to participate in treatment. Additionally, the court shall consider whether all other reasonable and appropriate sanctions and responses to the violation that are available to the court have been exhausted, do not appear likely to be successful if tried, or present an unacceptable risk to public safety.

*The information found on this website should not be construed as legal advice and is not a substitute for professional legal consultation. You should not base your legal decisions solely on the information found in this site and you are encouraged to seek the counsel of an attorney regarding your specific questions or situation. The information found herein may represent the opinions or commentary of the site editor(s) and is for informational or education purposes only. You agree by using this site that no attorney/client relationship has been formed between you and the attorneys, editors, owners, or participants in this site unless and until a written agreement has been signed between you and your attorney.