Grey and Eisenbraun, Attorneys at Law 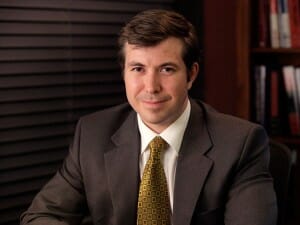 Many people charged with a DUI in Rapid City, South Dakota are tempted to try to handle drunk driving defense by themselves rather than being represented by an experienced DUI defense lawyer.

We strongly believe that every case is serious, and we zealously defend all of our clients no matter what the charges are. Call Grey & Eisenbraun to secure an experienced Rapid City DUI defense lawyer to represent you.

Geographically speaking, South Dakota is a large state and we are prepared to travel in order to handle your case….Read more »

If you are facing federal charges, you will need a lawyer who is admitted to practice law in the federal court where you are charged. The attorneys at Grey & Eisenbraun have the experience and the resources necessary to fight for you in federal court…Read more »

If you have been charged with a drug crime in Rapid City, you need a drug defense attorney who can explain your rights and who is experienced in handling all of the aspects of a drug case – including challenging drug dogs, the constitutional grounds that invalidate the police stopping your car, and the complexities of the legal definition of “knowing possession.”

Police frequently stop people who are traveling across the state and use drug dogs to “sniff-out” illegal contraband. Unlike some states that may look the other way when it comes to drug possession, South Dakota strictly enforces its drug laws.

If you are facing drug charges in South Dakota, you potentially face fines, civil penalties, prison, and civil asset forfeiture (a legal proceeding where the state attempts to seize and dispose of a person’s property such as cash, cell phones, computers or even cars). Call Grey & Eisenbraun to secure an experienced drug defense attorney to represent you.

Some of Our Results

When it comes to representing our military men and women in civilian courts, we have helped everybody from high-ranking officers to Privates serving in combat zones overseas… Read more »