DUI allegations and charges are serious and require a law firm that have experience in order to provide you the best possible case in court. Our practice focuses exclusively in the area of criminal law, one that has a long history of representing clients with DUI allegations and offences in Edmonton, Grande Prairie, and the surrounding areas.

Our lawyers are trained on breath-testing instruments, and represented clients of DUI cases at all levels of court, including the Supreme Court of Canada. If accused of DUI, you are facing an immediate suspension of your driver’s licence. A good defense lawyer makes it their first priority to help you get your licence back as soon as possible. This is why it is extremely important for anyone charged with an impaired driving offence to consult with a DUI lawyer immediately. Like any criminal charge, it is an allegation until you are proven innocent.

DUI offences can happen to anyone from all walks of life. It doesn’t only happen to those with an alcohol or substance abuse problem. Sometimes it’s as simple as having one too many and getting behind the wheel due to lack of judgement or not planning alternative transportation ahead of time.

If you find yourself accused of impaired driving, hiring an experienced defense lawyer in Edmonton or Grande Prairie who specializes in impaired driving is the only way to receive the proper advice on how to successfully fight your DUI charges.

CONSEQUENCES OF DRIVING WITH ALCOHOL IN YOUR SYSTEM THAT FALLS SHORT OF IMPAIRED DRIVING:

Impaired driving law has become one of the more fascinating and complicated areas of criminal law. At Liberty Law, a number of our Edmonton DUI lawyers have gained a wealth of specialized experience in the successful defense of persons charged with impaired driving (DUI). We can also assist with the ever changing provincial punishments and regulations that seriously impact a person’s ability to drive the moment they are charged.

The Charter of Rights and Freedoms plays a huge role in these prosecutions. In 1988 the Supreme Court of Canada delivered a key ruling in R. v. Hufsky. This case set out the State’s ability to stop motorists and commence a criminal investigation.

Since then there have been thousands of cases on hundreds of complex legal issues that have a significant impact on defending people charged with impaired driving, driving over .08 and refusing to provide a breath sample.

In addition to Charter issues, there are many highly technical defenses that arise in this area such as “bolus” drinking and whether the police properly followed the steps in the Criminal Code. Our lawyers pride themselves on knowing the process better than even the most senior prosecutors or police officers.

There are very few downsides to running an impaired driving trial. The court room experience we have built over the years by running thousands of trials pays dividends for each and every one of our clients.

Lawyers with less experienced may shy away from challenging supposedly open and shut impaired cases. Our lawyers rely on a huge wealth of experience to find ingenious ways to successfully defend their clients.

In any criminal trial, there can be no guarantee of success and one should be wary of any lawyer who does. However, we are confident that our Edmonton DUI lawyers are among the very best in this field and among a select few in Alberta who truly know this area of the law. With that expertise we can truly offer a client every defense possible in this exceedingly complex area of the law.

IF YOU HAVE A CRIMINAL LAW ISSUE, CONTACT ONE OF OUR LAWYERS IMMEDIATELY. 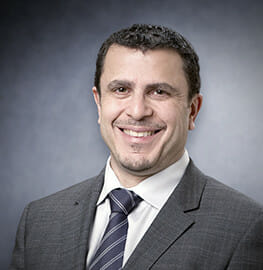 SINCE 1988, BOB HAS PRACTICED THE ART OF ADVOCACY TO OBTAIN EXCEPTIONAL RESULTS FOR CLIENTS FACING SUBSTANTIAL JEOPARDY TO THEIR LIBERTY.

Whether your charges involve mischief or murder, Bob understands the significant consequences that you face and has the skill to navigate your case through a complex, sometimes confounding, legal system. Most clients are referrals from other lawyers or satisfied previous clients who recognize Bob’s proficiency in dealing with very difficult and delicate issues. Clients include professionals such as lawyers, doctors, engineers, as well as students, neighbours, and friends. 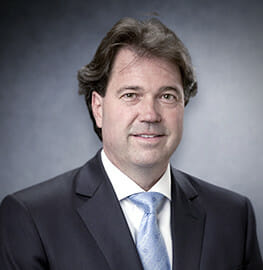 DEDICATED TO THE DEFENCE OF DRUG AND CRIMINAL CODE CHARGES

Mr. O’Neill is a partner with Liberty Law and restricts his practice to the defence of drug and Criminal Code charges. He has represented over 20 individuals charged with murder and has tried cases in the Provinces of Alberta, British Columbia, and Saskatchewan. He teaches Criminal Trial Procedure at the University of Alberta’s Faculty of Law, and is a regular panelist on CTV’s Alberta Primetime. He has instructed at the Alberta Bar Admission Course since 1993 and has lectured to numerous organizations including the Canadian Bar Association, Legal Education Society of Alberta, Criminal Trial Lawyers’ Association and Student Legal Services. He also provides legal services to indigent persons pro bono or under Legal Aid in select cases. 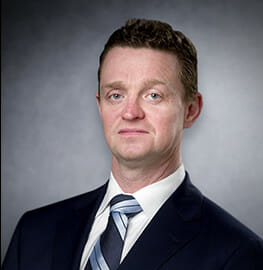 AN EFFECTIVE ADVOCATE FOR OVER TWENTY YEARS

Brian has been with the firm since 1992. He articled here in 1992 and was called to the Bar in Alberta in 1993. For more than twenty years Brian has been an effective advocate for each and every one of his clients. He became a partner at the firm in 2000 and has acted as the managing partner. He practices exclusively in the area of criminal defence. He has handled every type of criminal case imaginable. Brian Hurley was born in Yorkton, Saskatchewan. He was raised in Yorkton, Dublin Ireland and Saskatoon. He obtained his undergraduate degree from St. Thomas Moore College at the University of Saskatchewan. He then traveled to Queen’s University in Kingston, Ontario for his law degree.

He has appeared before the Trial Courts and Courts of Appeal throughout Alberta. Brian has represented clients throughout Western Canada. He has handled criminal cases in British Columbia, Saskatchewan, Nunavut and the Northwest Territories. He has taken cases in every area of criminal law from shop lifting to murder. Brian has been counsel on major drug cases, serious regulatory prosecutions, sexual assaults and murders. A great deal of his practice involves the defence of impaired drivers. Mr. Hurley is an experienced and effective advocate for each and every one of his clients. He would be more than happy to meet with you and discuss solutions to your legal difficulties. He offers a free initial consultation and would be happy to sit down with you to discuss your case. 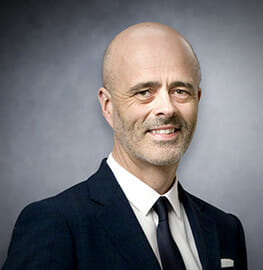 Mr. O’Keeffe was raised and completed his schooling in Saskatoon, Saskatchewan. He is a partner at Liberty Law. He is a member of the Alberta and Northwest Territories law societies and handles cases throughout western Canada. He articled to the Saskatchewan Court of Appeal in 1995 before joining Liberty Law in 1996. Mr. O’Keeffe focuses the majority of his practice on defending individuals accused of serious sexual offences, including sexual assault, sexual interference, sexual exploitation, child pornography offenses and internet luring. There are a surprising number of false allegations leading to charges of this nature. Experience and careful preparation are essential to an effective defence against such allegations.

He has extensive experience in conducting jury trials. The right to a trial by jury is a valuable protection for the individual and one that Mr. O’Keeffe believes is too often given up by people facing serious charges without adequate consideration.