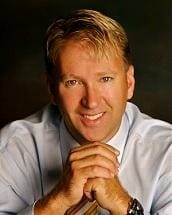 At Kinney Law, pc, founding attorney Matthew Kinney is known for straightforward, sincere personal service that clients desire most from professionals. Most of his clients come referred from others who are familiar with Matt’s ability to quickly understand his clients’ problems yet inform them of what they need to know and expect right from the start of their case. He has a great track record of successfully litigating difficult cases and securing favorable outcomes for his clients. Matt prides his practice on attempting to timely resolve his clients’ cases without charging unnecessary fees from unreasonable delays and abuse of the legal process.

Matt’s client list extends across the United States, Canada and Australia. Many nonresidents have hired our services to resolve DUI and criminal law cases here in the Black Hills area. You are invited to access our website’s pages and links. You will find useful information in helping you decide whether Matt is the attorney you seek in taking that first step to solve the legal issues that have arisen in your life.

Our firm provides legal advice and representation to residents and out-of-state clients alike in a wide variety of cases, including:

If you need a skilled criminal defense lawyer or personal injury attorney, do not hesitate to call for a free consultation at our firm. Whether you are a resident of South Dakota or an out-of-state visitor, you can count on personal attention, prompt communication and honest answers from start to finish in your case.

A Strong Defense Against Marijuana And Drug Charges

Any type of illegal drug other than less than 2 ounces of marijuana, including prescription drugs illegally obtained, bring felony charges. Illegal street drugs, including, hashish, methamphetamine or other forms of amphetamines, cocaine, MDMA, psilocybin mushrooms, LSD, bath salts and synthetic/designer drugs can entail jail sentences for possession charges. Civil forfeiture proceedings are also often pursued by the state of South Dakota against vehicles, cash and firearms that are used during a drug bust.

While many marijuana reform laws are currently taking place, South Dakota is still home to very vigorous law enforcement agencies and an aggressive canine unit. If you have been arrested or charged with marijuana distribution, it is imperative that you act quickly to protect yourself. Do not discuss the matter with law enforcement without an attorney present. You might think that you are simply explaining your situation, but police are trained to gain an admission of guilt through questioning. Let us work with the police on your behalf.

Preventing The Consequences Of Drug Convictions

Marijuana and/or controlled substance possession crimes, including distribution, can lead to devastating consequences such as jail time, fines, community service, probation and loss of driving privileges. In addition, collateral consequences such as student loan and grant qualification may be affected for marijuana possession, controlled substance or drug paraphernalia convictions. If you or a loved one has been charged with a drug crime, it is wise to seek the counsel of an experienced defense attorney as soon as possible. We will carefully examine your charge and begin developing an effective defense immediately.

Matt has two decades of experience as a Black Hills-area and Rapid City drug crime attorney providing legal guidance and representation to clients fighting through a wide range of criminal charges. As a skilled criminal defense lawyer, Matt Kinney will carefully examine your charge and evidence to ensure that your rights were not violated at any time. Often, law enforcement officials will become overzealous and commit an illegal search or seizure. It is our goal to ensure that they respect your constitutional and statutory rights. Look to Kinney Law, pc, for strong defense and zealous advocacy.

Whether your drug charge involves drug manufacture, drug cultivation, drug distribution, driving under the influence, drug possession, trafficking or civil forfeiture, schedule a free consultation with an attorney at our firm to discuss your matter in detail.

If you have questions regarding drug possession or distribution, contact Kinney Law, pc, to schedule a free consultation at either our Spearfish or Rapid City, South Dakota, office. We can be reached by phone at 605-642-2147, email at matt@kinney-law.com or by completing the online contact form on this site.

If you have questions regarding criminal defense, personal injury or other civil litigation matters, contact Kinney Law, pc, to schedule a free consultation at either our Spearfish or Rapid City, South Dakota, office. We can be reached by phone at 605-642-2147, email: matt@kinney-law.com, or by completing the online contact form on this site.