Many cities across the United States, particularly those with large populations and considerable traffic, are seeing an increase in the amount of cyclists on the road. It has become a bit of a staple particularly with the younger millennial generation. We see the increase in rental bicycles across many metropolitan cities, additional bicycle lanes on city streets, and there are even quite a few companies investing in spaces for employees to lock their bikes during work hours.

It’s a trend that not only saves people money, but also helps maintain their physical health and reduces pollution. Unfortunately, with the rise in cyclists, there has also been an increase in the rise of bicycle and car-related auto accidents.

Many bicycle-related accidents go unreported across the United States. This is in large part due to hit and run situations, or even the thought of a lack of serious injury to the cyclist.

Therefore, it’s often difficult to know how many are slightly or severely injured as a result of a bicycle and car road accident. For those that are reported, many are attributed in large part to be the fault of the person driving the vehicle. However, there continue to be situations where cyclists are on the road, operating their bicycles while under the influence.

In these situations, there have been numerous cases that call into question, whether or not someone can be arrested for riding their bike while under the influence of alcohol or drugs. It may sound crazy at first thought, but cyclists do in fact ride on the road with vehicles. Thus, opening them up to potentially similar laws and regulations.

In fact, in 2011, 5 bike riders were charged with DUI in Los Angeles. So while these court cases, continue to crop up, legislation across the country from state to state, is being implemented.

To much of the public, many doubt that a drunk cyclist can harm someone in a vehicle or cause a lot of damage in an accident. As a result, there are many states that do not include bicycles in their definition of a vehicle.

However, particularly in states with large metropolitan areas and the presence of many cyclists, drunk bikers are susceptible to the same fines and penalties for DUI and DWI.

Difference in Language From State to State

For situations involving an arrest for DUI or DWI while riding your bike, you should strongly consider hiring an attorney. Reason being, the language and definition for DUI laws is different in every state.

Some states like Washington and Ohio, include bicycles as a definition of a vehicle. While many other states define DUI with the term, “motorized vehicle,” thus eliminating bicycles as a form of driving under the influence.

As these cases become more common, legislation will continue to expand to likely include bicycles within each state and county, as a definition for a vehicle.

However, because so many do not, having an attorney who is well-versed with the law and aware of such a loophole, could result in a not guilty verdict on your behalf. Also, you should be aware that even if you are not found guilty of DUI or DWI because of such a loophole, you could potentially face a lesser charge of public drunkenness or reckless driving.

In all situations, having an attorney there to explain your legal options is recommended.

Why go into a match unprepared to face your opponent, when you could have a professional on your side to beat the case for you, right? 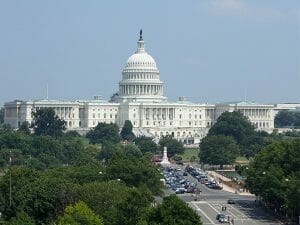 What Exactly Are Motor Vehicles?

Typically, motor vehicles are loosely defined as vehicles that must be operated in the presence of a motor.

Some states go so far as to actually list specific motor operated technology that classifies as a “motor vehicle,” to clearly define DUI laws. These include:

Under such circumstances, the specificity of those vehicles listed, can help you avoid conviction.

You should be mindful that without the specificity, prosecutors could in fact attempt to classify a bicycle, horse drawn wagon, and many other forms of transportation that have wheels, as a vehicle.Thus, presenting you as a viable threat to not only yourself but also other drivers on the road, at the time of your impairment.

In states like Mississippi and Colorado, bicycles are included in legislation.

Specifically, Colorado has detailed DUI laws for cyclists. For instance, a bike rider with a blood alcohol concentration (BAC) of between 0.05% and 0.08% is presumed to be “driving while ability impaired.” Should your BAC be higher, you would be deemed as driving under the influence and face arrest.

For underage cyclists in Colorado, riding your bike with at least a 0.02% BAC will result in a DUI arrest. This is similar to regulations for underage DUI and DWI laws for automobiles.

What Factors Does Your Blood Alcohol Concentration Depend On?

Alcohol concentration in the body tends to vary from individual to individual. This is in large part due to numerous factors, including the following:

It is very rare for a police officer to stop a cyclist and perform a random sobriety test, unless you are showing signs of being intoxicated while riding. Therefore, many cyclists who operate under the influence, tend to go unnoticed.

If you are involved in an altercation, accident, or are drawing unnecessary attention to yourself, there is a good chance a police officer will approach you. Under such circumstances, you should be cooperative at all times and submit to either a blood, breath or urine test to determine your BAC level.

Reason being, most states carry strict aggravating circumstance laws, which means if you were uncooperative with a police officer during the time of your arrest, you could have your driver’s license suspended. Yes, in states where your bicycle is deemed a vehicle, such a situation would apply.

Also, you should keep in mind that being cooperative and not showing signs of aggression, will reflect well upon you should you be forced to make an appearance in court. Because while a DUI or DWI charge could be thrown out, you could also potentially face reckless driving or public intoxication charges.

DUI charges, for first-time offenders are criminal misdemeanors unless an accident occurred and another party was seriously harmed, which would make it a felony.

If it is not your first DUI conviction, you would face much more harsher punishment and fines.

Remember that whether in a car or on a bike, in various states, you are under the same laws and regulations. So if you are convicted of DUI or DWI in a car, and later convicted on a bicycle, this would count as your second DUI or DWI offense.

As you would with a car, it’s best not to ride your bike after you’ve been drinking.

For parents, who are aware that their minor is engaged in illegal drinking, it’s best to inform them of the dangers of riding their bicycles while under the influence. Keep in mind, minors are often charged as adults when it comes to DUI and DWI offenses. Not to mention, they also face consequences for being underage drinkers. 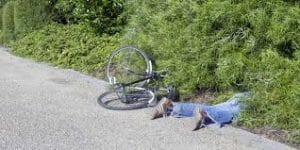 What Should You Do if You’re Arrested for DUI?

The first thing you should do is hire legal counsel. DUI and DWI laws are complicated as is. Include a bicycle and the many definitions of a vehicle from state to state legislation, and these laws become even more complicated.

An experienced DUI attorney, will be able to look over the evidence, particularly areas such as your sobriety test, arrest, and the officer’s paperwork, to ensure that your legal rights were protected. Many cases are thrown out as a result of human error by law enforcement.

These are not things, ordinary civilians are trained or even experienced in looking for, so it is best to hire a professional.

Obviously, the best way to avoid being in a situation like this, is to simply not try to operate any technology or equipment that could be deemed a vehicle, after you’ve been drinking or taken any form of drugs.

However, we all make mistakes and should you find yourself in a position where you have been arrested on suspicion of DUI or DWI, it’s best to be prepared and know your options.