There is a stigma in the United States that addicts are criminals. For some reason, we look at people who struggle with a medically-acknowledged disease, and classify them as being less than or needing to be punished.

It’s absolutely bewildering and it needs to stop.

Addiction and substance abuse is in fact a disease. To prove it, ask your doctor about the Diagnostic and Statistical Manual of Mental Disorders (DSM). This book was created and is used by health professionals across the country to diagnose patients with mental health disorders.

Within the DSM, you will find information regarding the symptoms of schizophrenia, obsessive compulsive disorder, bipolar disorder; and most relevant to this article, drug abuse and drug dependence.

That’s right, in a book recognized by all U.S. health professionals, drug abuse and drug dependence are clearly defined as a disease.

Yet rather than help individuals who are clearly suffering, we paint them as the bad guys and often punish them with jail time.

It is one thing to imprison drug dealers, who are effectively responsible for distributing often deadly drugs. However, to also imprison those who could technically be viewed as their victims, serves no one, other than the people who profit from the penal system.

Being drunk or high in public and potentially a threat to not only yourself but also those around you, certainly is grounds for an arrest. But can it be said that essentially self-medicating for your disease should come with at least 5 plus years in a prison, where substance abusers often don’t receive the help they need?

Ask yourself, how would you feel if your loved one was suffering from a disease, and society punished them for it?

There should be a difference in how we approach drug abuse and dependency. If someone is in possession of illegal drugs and is an addict, we should offer rehabilitation, not incarceration. Here’s why:

From a young age, we’re taught that alcohol and drugs are bad for us. We’re told alcohol is only meant for adults and it’s always best to say no to drugs. The goal is to instill fear of the consequences alcohol and drugs can have on us.

Did your guidance counselor ever tell you things like:

There’s many different ways they tried to warn us of the effects of abusing alcohol and drugs. Yet despite their warnings, in 2011, there were 20.1 million U.S. citizens over the age of 12, struggling with addiction.

What does that say about drug abuse and dependence?

It’s something that people simply cannot say no to without help. It doesn’t matter about the negative consequences or the warnings, the dependency grows so strong, that addicts physically cannot say no.

In an article for The Guardian, Maia Szalavitz shared his own experiences with drugs. He talks about how he continued to abuse drugs even as his life fell apart because of them. He lost his family and friends, career, goals and aspirations; all because he couldn’t stop.

Szalavitz is only one story in a massive collection of victims of addiction. Yet his words describing drug abuse is something so many know:

He speaks so openly of his struggles and most importantly, points out how punishment does nothing to stop an addict from using.

Look at the statistical facts of drug abuse in correlation to imprisonment across the country:

Punishment and reminder of negative consequences to one’s addiction, simply isn’t stopping the addict from using.

As the narrative and overall understanding of drug abuse and dependency continues to grow, there are several prisons throughout the country that are beginning to shift their approach to dealing with substance abusers.

Specifically, they are incorporating treatment programs and assigning inmates with a history of drug abuse to participate in them.

Such programs offer therapy, training, and support, particularly for those who will someday be released back into society. With therapy, the goal is often to help each inmate identify the cause of their addiction, and from this hopefully teach them how to avoid situations and environments that will feed their cravings.

While support, is educating the inmate on the importance of support from family and friends or even group meetings, once they’ve been released from prison.

Treatment programs within prisons are a major step towards the right direction in terms of rehabilitation. However, many lack proper funding, professional training, and are often only rewarded to good behavior inmates, which again punishes those who need help. 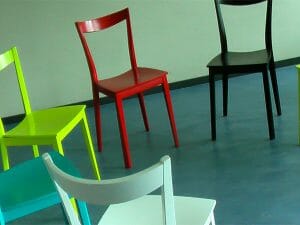 The inclusion of treatment programs within the penal system, could certainly help many who struggle with addiction and are behind bars as a result.

However, there are many areas where prisons continue to fail those who are suffering from addiction.

First of all, these programs are seen as rewards for inmates who have good behavior, which in essence lets down a lot of inmates at risk. Such a situation, is a sign of favoritism and if we know anything about addiction, often times the only goal is to continue the high, no matter the consequences.

This means, many inmates will do whatever it takes to continue their habit. In some instances, they have to use simply to survive.

Only offering treatment, which should be everyone’s right, to those with good behavior continues the cycle of punishment and ignorance.

Additionally, many of these prison treatment programs are severely underfunded. What this means, is that there are limited professional staff and training for the staff is typically scarce.

How can a treatment program be effective if there are not enough professionally trained staff members in your prison to help a population with 50% of its inhabitants clinically addicted to some form of drug?

Another area that remains a major problem with such programs, is the environment.

Treatment and rehabilitation requires seclusion, nature, and most importantly, the absence of alcohol and drugs.

Prisons do not offer such an environment.

In essence, inmates are being setup for failure from the very beginning.

Released Back into Society

When an inmate is released back into society, they have a conviction forever on their record. This means, the inability to apply for many jobs, seek government assistance, and in most cases, escape the environment that led to their conviction in the first place.

Now, think of what this means for a convicted addict.

What the judicial system has essentially done, is take someone with a disease, punish them for said disease, and then release back into society with a stain on their record that further hurts their chances at rehabilitation.

For those participants of prison treatment programs, upon release there is no aftercare support. No one calls to follow up on their recovery, there are no referrals to AA or NA programs; they are simply forgotten.

In 2014, the state of Texas made a name for itself when they opted to invest more money into providing prison programs and less into the overall operation of prison systems. The focus became how to help prisoners, rather than punish them.

This approach led to the creation of the Residential Drug Abuse Program (RDAP), which is a six-month, 500 hour substance abuse program, offered to inmates. What’s different with this program, is that it encourages aftercare once a prisoner is released.

Inmates are expected to submit to random drug tests and participate in at least three hours of aftercare or be sent back to prison.

While the funding and aftercare, certainly points towards the right direction, in terms of helping prisoners. Unfortunately, the threat of re-imprisonment is again another form of punishment, which likely will not help.

It’s clear that prisons aren’t meant for substance abusers. First off, being an addict is a disease and prisons do not offer the necessary treatment nor support to help rehabilitate addicts.

This is one of the many reasons for the widespread growth in the presence of treatment centers across the country.

As science has advanced, so has our understanding of drug abuse and dependency.

Treatment centers offer seclusion, one-on-one counseling and therapy with trained professionals, serene environments that do not encourage alcohol and drug usage, and they offer a safe haven for people to heal.

These programs are in no way a form of punishment. There is flexibility in the length of stay, aftercare is regularly provided, and the end goal is to rehabilitate, offering a new lease on life.

It’s time we stop approaching addiction as a criminal act. We need to rally around those suffering and offer our assistance rather than punishment.

The facts are there that prisons are failing substance abusers, and it’s hard to fault them when addicts shouldn’t be present in such a facility in the first place.

There are certainly grounds for arrest and imprisonment for people who commit terrible offenses, no matter the presence of alcohol or drugs.

However, revisit the following statistics: 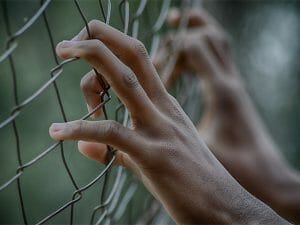 Now think of how many of those individuals go to prison on petty crimes. Many of said crimes, were likely in an attempt to support their addiction.

There is a major problem with alcohol and drug abuse in our country, but until we change our approach to that which encourages assistance for those in need, we will continue to fail those suffering.

Can I Get a DUI While Riding My Bike?
Arizona Court Rules No DUI for Medical Cannabis Users