As medical cannabis continues to be legalized throughout the country, laws and regulations are being turned on their heads. For medical cannabis users in Arizona, things got particularly interesting in December 2016, when the Court of Appeals made an astounding ruling in favor of the state’s medical cannabis patients.

The message was simple: All medical cannabis patients who had been charged with a DUI, had the ability to contest the charges brought against them.

Why? Because as science advances and we continue to study, as well as understand the effects of cannabis, there are more arguments being made that driving high, may not automatically cause the driver to be impaired. The Arizona judicial system, is now forcing law enforcement officials, based upon the findings of science, to prove that those found with THC in their systems were too impaired to drive.

To date, there is no way for police officers to conduct field sobriety tests on marijuana smokers, who they believe are too impaired to drive.

Blood Alcohol Content (BAC) testing, does not determine whether a person is high or physically impaired due to marijuana. Field sobriety tests can be disputed as someone who is under the influence of marijuana could easily pass, while someone who is completely sober could fail portions of the test as well.

Additionally, while blood and urine tests can certainly reveal the presence of marijuana, they are inconclusive as THC stays in the bloodstream for an extended amount of time. This is because the body metabolizes cannabis differently than that of alcohol.

Depending on your weight and frequency of use, cannabis could stay in your bloodstream for well over a month. Thus, you could have not even consumed cannabis at the time of your arrest, and yet it would still appear in tests.

To top everything off, there is no legal precedence in place as to the ideal indicator of impairment for marijuana consumption. With so many strains, and differing reactions for every user, it’s hard to predict the level of impairment across the board.

There is also the problem of some cannabis users claiming that they are actually better drivers while high. The belief is that they experience heightened levels of:

Sure, there are studies that point to moderate altered performance for some high motorists. However, cannabis advocates also point out that loud music and even passengers can have the same effect on a driver’s performance.

Since there is no scientific means to determine the level of impairment, it should come as no surprise that as cannabis continues to be legalized across the country, DUI convictions will be difficult to prove.

Back to the Arizona Case

In 2013, Nadir Ishak was arrested for DUI in Mesa, Arizona. Ishak was arrested after a police officer witnessed his car drift into another lane and found that Ishak’s eyes were bloodshot. After being charged with driving with cannabis in his system, as well as DUI, Ishak was convicted of the cannabis charge and acquitted of the latter.

Throughout the court proceedings, Ishak claimed to be a registered medical cannabis user in the state of Arizona. However, he was not given the opportunity to present evidence of this. Keep in mind, the use of medical marijuana was first passed in 2010. Therefore, legislation is still under review across the country, from state to state and it’s quite possible that a conviction in 2013, simply would not stand up in court today.

Additionally, in 2015, the state Supreme Court in a similar case, ruled that medical cannabis was not grounds to charge patients with DUIs. This ruling, dramatically shifted the laws and regulations for DUIs as it pertains to medical cannabis usage.

So when Ishak appealed his conviction, under Arizona’s medical cannabis act, a patient having the presence of cannabis in their system, does not automatically impair their driving. Judge Diane M. Johnsen, even went so far as to point out that there is no legal precedence as to the level of THC that can be reasonably considered as an indicator to intoxication from cannabis.

Based on Judge Johnsen’s findings, and also the support of Arizona’s medical cannabis act, she concluded that medical cannabis patients, whom had been convicted of DUI and deemed the charges unfair, had the right to challenge the conviction. 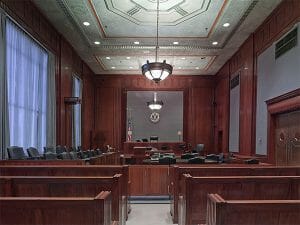 What does this Mean Moving Forward?

Cannabis laws and regulations are clear as to allotment and growing; however, when it comes to criminal acts, particularly those that require proof of intoxication, the waters are extremely murky. There are some states who still have a zero tolerance policy in place when it comes to all things marijuana-related. However, with each passing day, science and profitability of the cannabis industry, bring us closer to nationwide legalization.

For advocates and also detractors of the legalization of cannabis, the issue of laws and regulations remain at the forefront. Advocates are aware that each person reacts differently to each strain of cannabis. Therefore, it’s not unrealistic for some drivers to be impaired, while others are not.

However, advocates will never support condemning driving with cannabis in your system. Simply put, such a law would unfairly convict millions of marijuana users each year.

This is where advocates and detractors disagree. The only way to find a reasonable solution is through science. Unfortunately, we’re not there yet.

So when we look at some states who are actively looking to decriminalize cannabis as a form of impairment, there are advocates and detractors who both agree on the danger of such an extreme measure.

But without scientific support, it’s impossible to come to an agreement on a limit to THC levels when operating a vehicle. 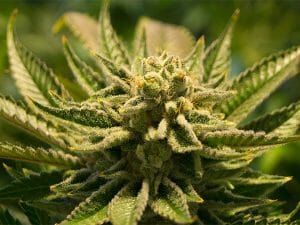 How Can You Challenge Your DUI?

If you were convicted of DUI in Arizona, as a result of medical cannabis usage, as long as you are able to present evidence that you had the legal right to consume medical cannabis at the time of the arrest and you were not impaired, you can challenge the conviction.

The best approach in doing so would be to hire a DUI attorney to represent you on your behalf.

Legal waters are murky when it comes to medical cannabis usage and impairment. The last thing you would want to do is lose your case because you were inexperienced or not knowledge about DUI laws.

Save yourself time and energy by hiring a professional.