Utah laws against driving under the influence and driving while intoxicated have always been some of the strictest in the country. With the passing of their recent legislation, which lowered the legal blood alcohol concentration (BAC) limit from 0.08% to 0.05%, they continue to stay true to their history.

Over the years, Utah has steadily grown in population. For most populaces, with more migrants comes more crime. However, in terms of DUI arrests and convictions, this is untrue in Utah.

In 2009, police officers were arresting, on average, 43 people per day for driving under the influence of alcohol. In 2014, that number dropped to 30 people per day.

This was in large part, due to the harsh penalties DUI and DWI offenders faced when convicted.

According to Wallethub, Utah ranks seventh in the country for the strictest laws for DUI.

DUI and DWI are criminal misdemeanor charges on first offenses. Across the country, even though judges are being encouraged to hand out harsher punishments, first-time offenders rarely face jail time, unless someone was physically harmed.

Typically, a first-time offender would face community service and/or alcohol and drug education classes, as well as a fine and 90 day driver’s license suspension.

However, in Utah, a first-time DUI offender is given two days of jail time, in addition to other penalties. For second DUI offenses, the jail sentence is 10 days. If convicted of a third DUI, the offender is charged with a felony.

No matter the number of offenses, a DUI conviction also results in the installation of an ignition interlock, which will prevent your car from starting if the presence of alcohol is detected when you blow into it.

So What Does the New Limit Mean?

In March, Utah Gov. Gary Herbert signed a bill into law that lowered the maximum BAC limit for drivers to 0.05%, giving Utah the strictest drunken driving law in the United States.

One important detail to note, the nationwide adopted limit is 0.08% and high levels are considered between 0.15% to 0.20% or beyond.

It even inspired citizens of the state to call by the hundreds to express their opposition to the bill.

Detractors argued that under such a bill, a 120-pound woman could reach the maximum limit of 0.05% with as little as one drink. Additionally, the thought is that at such a low level, a driver could be considered just as or possibly less impaired than someone who is driving while talking on a hands-free cell phone.

However, proponents of the bill felt that with the increase in population, there could be a spike in drinking and driving incidents. Therefore, the state should take drastic measures to ensure that people were deterred from driving under the influence.

While the bill has been signed into legislation, it will not take effect until December 2018.

The hope amongst tourism and hospitality officials is that with continued opposition, the bill will be ratified before taking effect.

Unfortunately for such detractors, both the Utah House and Senate are in full support.

How Should You Prepare?

As with any change in legislation, the best thing to do is educate yourself on the law and how it could potentially affect you.

For instance, if you’re a petite woman, detractors have already pointed to you as a potential target of the bill. Which means, you should prepare yourself for the possibility that you will need a friend or car-sharing company, as a designated driver when enjoying a drink in public with friends.

At the end of the day, you may not feel physically or mentally impaired after consuming such a low amount of alcohol, however, under the new bill, the state has the right to say you are.

Also, as a parent, always educate your children.

Yes, the legal drinking age is 21 years old, but we are all aware that most adolescents start drinking as early as 12 years old.

Most first-time DUI offenders are underage, and in such circumstances, because they are breaking more than one law, they are tried as adults.

With Utah having stricter DUI laws and harsher punishments, the last thing you want is for your child to have a momentary lapse in judgment and have a stain on their record because of it.

If for any reason, you are confused about the new or even current DUI laws, seek advice from an attorney. Many law firms offer free consultation and/or have members of their staff available to answer any questions.

Take advantage of this and know your rights. While we all may think that such a situation could never happen to us, it’s better to be safe than sorry. 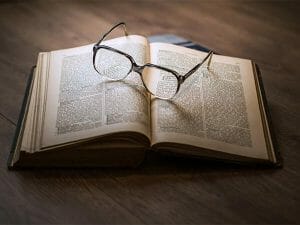 What Do I Did if Charged with DUI?

A potential DUI conviction should be taken seriously. Think about it, in Utah a first offense comes with mandatory jail time. It’s hard to believe that anyone would want to be behind bars for any amount of time, particularly if you could have avoided it.

Also remember, conviction could severely affect your future prospects, from loans to job opportunities, to even government assistance. You could find your life turned upside down for one mistake.

Should you find yourself in a situation where you’ve been arrested and charged with DUI or DWI, immediately seek counsel with an experienced DUI attorney.

The advantage of having an attorney is simple: They know the law like the back of their hand and you don’t.

DUI attorneys are trained to analyze cases, look for potential loopholes or mistakes on the part of law enforcement and/or prosecution, and fight for the best possible outcome for their client.

While there is never a guarantee of a not guilty ruling, you have a significantly better chance with a DUI defense attorney than you would without one. 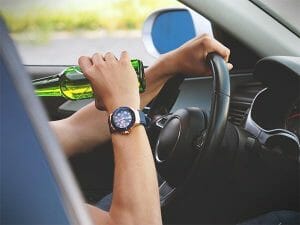 Arizona Court Rules No DUI for Medical Cannabis Users
What Are the Most Common Consequences of DUI?